Pour Me Another Cup of Coffee

“Pour Me another Cup of Coffee… for I am a truck driving man” comes from the song “Truck Drivin’ Man” recorded by Buck Owens in 1965. This blast from the past came to mind when thumbing through a recent AAOHN journal.

I came across an article referencing a Virginia Tech Transportation Institute (VTTI) study on caffeine and truck driving.1  The study looked at the relationship between caffeine use, sleep, and “Safety Critical Events” (SCE). An SCE is described as a collision, tire strike, near-collision, unexpected lane deviation, or collision related conflict.

The VTTI study, conducted over a four-month period, used long and short haul drivers from four companies. The subjects drove instrumented trucks, which included cab mounted video and driver maintained logs recording their sleep patterns and caffeine use.  Any SCE events were evaluated by researchers watching the video feeds in conjunction with the subject’s log books.

The study revealed that caffeine did not interrupt the sleep of drivers who were habitual users of caffeine. Drivers in the study actually slept longer during their “on duty” sleep periods than during their “off duty” sleep periods. This was despite increased caffeine use during “on duty” periods. Although it was noted in the study “participants experienced less sleep than the time historically considered adequate for safe driving performance.”

That was interesting, but what really got my attention was this finding: “Overall, a 6% reduction in the rate of SCE per eight (8) ounces of caffeinated beverage consumed.”

The positive and negative effects of caffeine are well known. It is one of the most used stimulants and commonly found in coffee, tea, energy drinks, and soft drinks.  According to WebMD, caffeine works by stimulating the central nervous system, heart, muscles, and the centers that control blood pressure. Caffeine can raise blood pressure, but it might not have this effect on people that use it all the time.  It can also act as a “water pill,” or a mild diuretic. But again, it may not have this effect on people who use caffeine regularly. Caffeine improves mental alertness and is used in combination with painkillers such as aspirin and Tylenol to treat simple and migraine headaches.

Up to 400 milligrams (mg) of caffeine a day appears to be safe for most adults, according to the Mayo Clinic. That’s roughly four cups of brewed coffee, 10 cans of cola, or two “energy shot” drinks.  Heavy use of more than 500 to 600 mg a day may cause such symptoms as insomnia, nervousness, restlessness, irritability, stomach upset, fast heartbeat, and muscle tremors.

The VTTI study suggests SCE’s may be reduced for those who have the caffeine habit. The VTTI study suggested “caffeine use among habitual users offers some protection against SCE without negative effect on sleep.” However, two groups did not improve. Drivers aged 30 to 39 had an increase in collisions, and drivers aged 21 to 29 experienced an increase in unexpected lane deviations. The report indicated it wasn’t clear if those age groups were more distracted by secondary activities, or risky behavior such as speeding or tail-gating.

An Australian study also found caffeine use had a positive benefit in SCE reduction. The study used more subjects, a control group, and ran longer than the VTTI study.  “Our findings suggest that the consumption of caffeinated stimulant substances is associated with a significantly reduced risk of involvement in a crash for long distance drivers in Australia,” the study concluded. “The use and influence of caffeinated stimulants should be considered as an effective adjunct strategy to maintain alertness while driving.”

It appears the use of caffeine can have a benefit in reducing overall truck accidents and near miss incidences. That’s the good news. The bad news is truck drivers are not getting adequate sleep. Significantly, as shown in the Australian study, the SCE benefits only came with high consumption of caffeine. There was no real improvement for those with low or moderate caffeine use.

Significantly, according to Lisa Sharwood, M.S., one of the Australian study authors, “While caffeine may seem effective in enhancing their alertness... it should be considered carefully in the context of a safe and healthy fatigue management strategy… Energy drinks and coffee certainly don't replace the need for sleep.”

For more information regarding sleep and safe driving, check out the resources available at DrowsyDriving.org, and the Virginia Tech Transportation Institute. 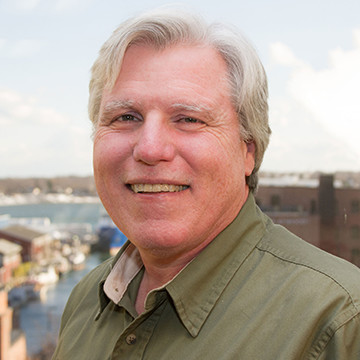