Personal protective equipment should always be the final step in reducing exposure to workplace hazards.  That is also true when implementing a safety shoe program.

Foot related injuries are a common workplace injury, causing significant morbidity, disability, and lost wages.  The Bureau of Labor Statistics estimates that greater than 60% of all injuries are musculoskeletal related, 10% of which are specifically foot and ankle injuries.

OSHA’s federal regulation 1910.136 regarding foot protection provides limited guidance to employers stating that “employee’s shall use protective footwear when working in areas where there is a danger of foot injuries due to falling or rolling objects, or objects piercing the sole, or when the use of protective footwear will protect the affected employee from an electrical hazard…”  In short, employers are tasked with completing a hazard assessment to determine whether foot protection is required and if so, the footwear must meet stringent standards (i.e., American Society for Testing and Materials (ASTM) F2412 and F2413).

Steel and composite toed shoes are the commonly accepted method of foot protection; however there is little published information regarding the actual level of protection afforded.  A common belief is that safety shoes are actually more dangerous than regular footwear because the safety toe, when/if crushed by a significant amount of weight, will amputate the section of foot underneath.  The belief is so pervasive that an orthopedic surgeon at the Massachusetts General Hospital and the popular TV show Myth Busters completed studies to quantify the benefit of safety shoes.  The weights used in each study exceeded ASTM testing requirements.

What do you think the results were?

The Massachusetts General study dropped 150 pounds from a height of 3 feet onto 5 pairs of each; safety toed and non-safety toed shoes.  Cadaver lower extremities were used to simulate the injuries incurred during each event.  The results showed that feet in the regular boots sustained on average 8.2 fractures per foot while feet in safety shoes sustained 3.2 fractures per foot, a reduction in severity of 67%.

X-ray of a cadaveric forefoot after crush impact in a regular work boot (left) and in a steel toe capped work boot (right).

The Myth Busters study dropped 75 and 400 pound weights from three and six feet respectively onto safety toed shoes containing a clay foot to measure compressive force and damage.  This test method was identical to ASTM requirements.  No compressive forces registered and only minor deformation to the steel plate resulted from the 3-foot drop of 75 pounds.  When dropping 400 pounds from 6 feet,   the compressive forces deformed the steel plate and resulted in significant foot fractures.  The Myth Busters test did not generate any amputations.

The Myth Busters also tested regular shoes and the safety toed option to total failure using an arbor press.  Failure of the toe box was reached at 1,200 pounds for the non-safety toed shoe whereas safety shoe withstood up to 6,000 pounds of compression before failing.

These results demonstrate that an employee is indeed safer while wearing a pair of safety toed shoes.  While safety shoes will not completely prevent injury, they will reduce the potential for injury when exposed to minor compressive forces (weights less than 75 pounds) and greatly reduce the severity of the injury when exposed to significant amounts of compressive force.

Will you be wearing your safety toed shoes to work tomorrow?  I know I will! 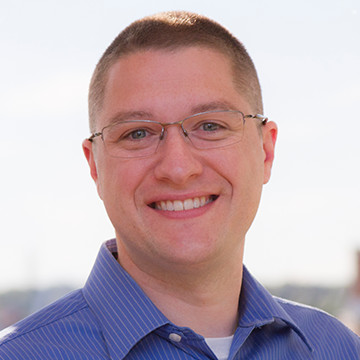