Winter brings fun and joy for many who participate in winter activities and sports, or just love the snow. This winter’s record snowfall has no doubt brightened the spirits of many school aged kids.

However, the recent onslaught of storms in less than a month has led many to do things they wouldn’t normally do. For instance, Bostonians have been jumping out of windows into snow banks. Mayor Walsh recently asked city residents to stop their nonsense as they were filming themselves jumping out of windows and posting to Twitter. The mayor urged people to act responsibly.

Normal also doesn’t apply to many employers, contractors, and homeowners who have responded to public safety alerts to clear accumulated rooftop snow and ice. As I was dealing with ice dams a few weekends ago, a crew of six or more cleared my neighbor’s entire roof. It hasn’t been uncommon to see ladders leaning against commercial buildings or homes, and crews walking and shoveling roofs. This has led to several tragic and deadly falls from roofs and ladders, and through skylights. Even a close call occurred as a homeowner was buried by snow clearing his roof from the ground.

So what’s driving these incidents? It’s likely a lack of hazard awareness, a low perceived risk or some combination. OSHA speculates that lack of experience and training may be contributors.

How can you and your employees act responsibly? Start with a basic plan and put it in action:

If working from the ground, stay back and ensure a clear path or area exists. Work in small teams or pairs; avoid working alone. If the roof cannot be avoided, require or use personal fall arrest systems where railings or covers are not provided. Harnesses need to be snug and donned prior to accessing the roof. Check that your setup will actually protect the worker should a fall occur. Ladders need to have a level and secure footing, and it should be prevented from sliding to either side. Rungs and footwear should be free from snow and ice. Ladders should be angled 1 foot out for every 4 feet up, and extended 3 feet beyond the roofline. 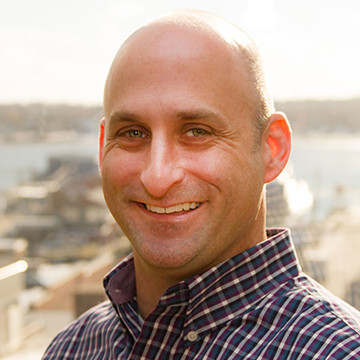