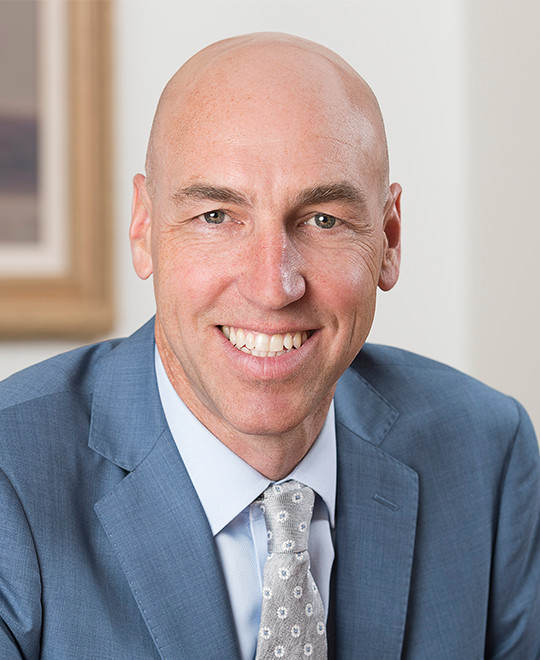 Michael Bourque became The MEMIC Group’s second President and CEO in the company’s history in September 2017.

Mike previously served under founding president John Leonard for more than two decades, culminating that time as Senior Vice President for External Affairs and corporate secretary for The MEMIC Group. In that role, Mike led the company’s corporate marketing programs, including its advertising and public relations, outbound communications, as well as its government and community relations efforts.

He oversaw corporate marketing efforts that helped drive the growth of The MEMIC Group from a single state workers’ compensation carrier to a super-regional specialist with policyholders across the country. His efforts helped to position the company as a leader in workplace safety in the insurance industry.

Mike is a graduate of the University of Maine with a bachelor’s degree in Journalism. He is Accredited in Public Relations (APR) by the Public Relations Society of America and an accredited Workers’ Compensation Professional (WCP®) as recognized by AMCOMP. He is also a graduate of the Maine Development Foundation’s Leadership Maine program. In 2004, he was named winner of the Edward L. Bernays Award, the top honor from the Maine Public Relations Council for career achievement in public relations. In 2016, he was awarded the Southern Maine Community Leadership Award by Day One. In 2018, he received the Rudy Vallée Award from the University of Maine Alumni Association for his community involvement. Also in 2018, he received the Business Leader Award from Crossroads, for his contributions toward ending the shame and stigma associated with addiction and behavioral health disorders. In 2018, he was awarded the Blood Service Award from the American Red Cross for blood drives held at MEMIC and within the community that have helped save more than 3,000 lives.

Before joining MEMIC, Mike was an editor for a trade association based in Washington, DC. Previously, he was an award-winning journalist, working for daily newspapers in Maine and Alaska.

Mike serves as a member of the board of directors of Maine Employers’ Mutual Insurance Company (MEMIC) as well as the boards of its subsidiary companies, MEMIC Indemnity Company and MEMIC Casualty Company.

Mike serves on numerous boards and committees. He is a member of the board of directors of the Maine State Chamber of Commerce, the Maine Cancer Foundation, the United Way of Greater Portland, and the National Council on Compensation Insurance. He was the chair of the 2016 United Way of Greater Portland’s Campaign Committee, which raised more than $8 million. He serves on the FocusMaine Steering Committee, the University of Maine’s Board of Visitors and the Children's Museum and Theatre of Maine (CMTM) Advisory Board. He is past chair of the board of directors of the CMTM, the Portland Regional Chamber of Commerce and Southern Maine Community College Foundation. Previously, he served as president of the Maine Public Relations Council, and Youth and Family Outreach, a social service agency that provides high quality, low cost childcare.

He is a former member of the Communications Committee of the American Association of State Compensation Insurance Funds (AASCIF) and on an industry planning committee for the National Association of Mutual Insurance Companies (NAMIC).