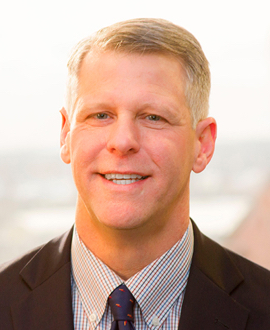 Greg Jamison was promoted to Senior Vice President, Underwriting for The MEMIC Group in March of 2015. In his new position, he will oversee the group’s writings in Maine as well as the underwriting department’s administrative function areas.

A 29-year veteran of the insurance industry, Greg joined MEMIC in 2002 as Underwriter for Alternative Markets and was then promoted to Executive Underwriter. In 2007, he assumed the new post of Assistant Vice President, Underwriting.

Once again, Greg was recognized for his leadership skills and promoted to Vice President, Underwriting in 2014.

Greg graduated from of the University of Maine in 1986 and earned his master’s in Business Administration from the University of Southern Maine in 2002. He is a licensed property and casualty, surplus lines producer in 50 states plus D.C.

Active in his community, Greg is a part of the National CPCU Society, the Maine Chapter of CPCU Society, University of Southern Maine Business School Alumni Association and University of Southern Maine Advisory Board in Risk Management and Insurance. He currently serves on the Junior Achievement of Maine Board of Directors. In 2014, he was the recipient of the Lee Allen President’s Award for Excellence from the CPCU Society’s Maine Chapter.

Greg began his insurance career in Manchester, NH as a multi-lines underwriter. Since then, he was worked in Maine and New Hampshire in underwriting roles and as an insurance agent.