Contractors and do-it-yourselfers often head to the hardware store or home improvement center to pick up the necessary tools of the trade. But sometimes a trip for a box of screws may lead to the unanticipated purchase of a piece of lumber, a ladder to help get a fresh coat of paint on the house, or a new lawnmower. Now you are faced with the prospect of transporting something that you did not come fully prepared for. Even an experienced carpenter with a pickup truck may not be adequately prepared for securing each and every load.

You know the right thing to do would be to go home and get the trailer or neighbor’s truck, and use proper tie-down straps or chains. But you’ve already burned up half your day to get to this point. One side of your brain starts to formulate a plan, while the other side creates justification for that plan. You could call it a self-contained “Abilene Paradox,” the inability to manage agreement within your own brain. Thoughts come to mind such as “I’ll take the back streets home and drive slowly” or “It’s just this one trip.” That ball of string at the exit door surely will be enough, right?

The problem with this mindset is that we tend to consider only the cost of the particular object when securing it to a transport vehicle. We often fail to consider the possible emotional and monetary costs that may ensue after that object has fallen from a vehicle and caused a serious accident. A simple stray grocery bag or piece of cardboard that ends up stuck on the windshield of another vehicle can result in a fatal crash. Most states have laws on the books that require all vehicle loads to be properly secured. For example, Florida law states, “A vehicle may not be driven or moved on any highway unless the vehicle is so constructed or loaded as to prevent any of its load from dropping, shifting, leaking, blowing, or otherwise escaping therefrom…” In Maine, the fines for an unsecured load range from $150 to $500. But that pales in comparison to the potential penalties and severe emotional strain incurred during a lawsuit.

The results of a recent American Automobile Association (AAA) study on securing loads are quite revealing. The study concluded that between 2011 and 2014, over 200,000 crashes involved debris on U.S. roadways causing more than 500 deaths and approximately 39,000 injuries. And, sadly, these incidents were all avoidable.

About two-thirds of debris-related crashes are the result of items falling from a vehicle due to improper maintenance and unsecured loads. In New York, a motorist who fails to secure their load can be charged with a misdemeanor, a criminal traffic offense, and be given up to 30 days in jail. Further, that motorist can be personally sued if they negligently secured their load, and it causes death or serious injury.

Just as all drivers in the U.S. expect an equal level of protection from traffic laws, they are also held equally responsible in their efforts to comply with those laws. In regard to the above discussion, the law pertaining to cargo securement for commercial vehicles is 49 CFR 393 Subpart I. Although written with a focus on commercial motor vehicles, it can be used as a point of reference in legal cases involving smaller vehicles.

As would be expected, a detailed look into the regulation may result in mental paralysis. It takes years of training and experience to become thoroughly adept at properly securing many different cargo types. If all you want to do is get your lumber home or to the jobsite safely, where can you seek some guidance?

MEMIC has just the answer for you. On Wednesday, April 7 at 10:00am EDT MEMIC will be hosting a webinar on this very topic entitled, “Securing the Load: Do’s, Don’ts, and Rules Around Load Securement.” We will be discussing some cargo securement introductory concepts as well as where to seek additional help for more complex situations. For more information about load securement, register for our April 7 webinar here. 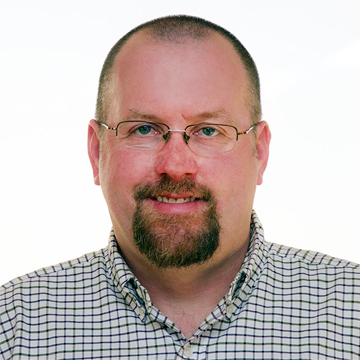