Root Cause Incident Investigation and the 5-Why Technique

The employee should have been more careful. They lifted the wrong way, or they should have been wearing safety glasses. These are just some examples of what I too often read in incident/accident investigation reports. While you could argue that any of these might be true statements, they do not add much value to the investigation process. Instead they are indications that the value of root cause analysis for accident investigations is not well understood.

For starters, what is a root cause analysis? The American Society for Quality (ASQ) defines Root Cause Analysis as a range of techniques used to uncover the true or root causes of problems. Note the word “problem” in this definition. All organizations must address “problems” from time to time, such as late shipments, defective parts, or substandard customer service. Problems such as these require real solutions. It is unlikely that saying “The employee should have been more careful” would be a satisfactory solution for defective products shipped to a customer. So why then should it be satisfactory to the “problem” of an employee injury? The answer of course is that it should not be.

So then, how do we identify the “root or true” cause of accidents? One common approach is called “5-Why”. This technique begins with a problem statement and then starts asking the question “Why?” Why questions are repeated a number of times (generally around 5 times, thus the name of this technique), until the root causes become more apparent.

Problem: An employee broke his arm when he fell in the shipping area.

We can continue to go further, but at this point a root cause is emerging. Specifically, checking for oil leaks is not part of the forklift operator’s daily forklift inspection. From here, corrective actions become clear: update the forklift daily inspection checklist to include a check for oil leaks and train employees on this updated procedure.

However, is this the only possible conclusion in this situation? The answer is no. In most cases, there could be a number of different responses for each step along the way. For instance, we could have said, the oil was on the floor because it leaked from the forklift AND because no one took the time to clean it up. We can then ask, “Why didn’t anyone take the time to clean it up?” and can continue down this other path to yet another root cause.

This brings us to an important point; there is very often more than one root cause to a problem. This means that different people could reach different conclusions when it comes to identifying root causes. And that’s ok. It does not necessarily mean that one conclusion is correct and the other is wrong. Conversely, chances are that both conclusions are correct offering the opportunity to make multiple improvements in response to a single problem. In our example above, we might be able to prevent oil leaks from occurring AND improve the process for cleaning up spills throughout the facility.

Accident Investigations that do not involve root cause analysis tend to address the symptoms of problems rather than the problems themselves. As such, corrective actions tend to be quick fixes that are not effective in preventing the problem from reoccurring. So, while Root Cause Analysis using the 5-Why Technique often takes more time, it is well-worth the effort. When root causes are identified, corrective actions are more effective, leading to a continuously improving and safer workplace. 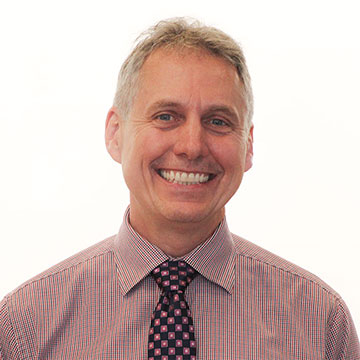