Putting Rear-End Collisions Behind Us

Rear-end crashes are the most common type of vehicle collision accounting for 29% of all crashes. The National Safety Council reports that of the 37,100 fatal vehicle crashes in 2017, 2,700 were rear-end crashes resulting in 3,000 deaths. Drivers’ choices are critical reasons contributing to these crashes. When a driver chooses to drive too fast or to drive distracted, crashes are simply more likely.

Not recognizing a hazard because our brain has another focus and choosing to speed were the primary ‘critical reasons’ for vehicle crashes in a National Motor Vehicle Crash Causation Survey (NMVCCS) analysis in 2008. Ten years later, in a 2017 study of more than 2 million vehicle crashes, the National Highway Traffic Safety Administration (NHTSA) found the same.  The critical reason leading to 94% of vehicle crashes involved drivers not recognizing risk due to distraction and/or driving too fast:

To avoid crashes, a driver needs brain response time, also known as perception time, and physical reaction time. With this in mind, a driver may travel several hundred feet before even beginning to apply brakes.  This is because every time a risky situation arises, we need time to:

Usually, we are successful and avoid crashes. But it’s that very success that can lead us to gain confidence that we will always be successful. Complacency leads to gambling with the safety of ourselves and others.

How does a driver avoid a rear-end crash?
Defensive driving increases everyone’s chances of a favorable outcome when someone else fails to be a safe driver. Defensive driving is defined as, “driving to save lives, time, and money, in spite of the conditions around you and the actions of others”. Patience and courteous driving play a big role in collision avoidance and the defensive driver understands this.  Allowing for a “safety cushion” around the vehicle can mean the difference between a crash and avoiding one.

Consider that the defensive driver is aware not only of their own driving situation but may also be more likely to anticipate actions of others.  We can’t control the actions of others, but we may be able to avoid problems by increasing following distance, reducing panic stops, using brake lights to alert those behind us, and using the horn appropriately. There is an advantage to gain by understanding traffic flow, recognizing adverse weather conditions, allowing other drivers to pass safely, and preparing for the unexpected.  Although a rear-end collision is deemed the fault of the driver who hits the vehicle in front of them, in some cases that collision may be prevented by the lead driver being more alert.

Saving lives and preventing the millions of injuries in crashes each year starts by reducing the chances of having a crash. Drivers who are attentive to driving, and alert for the errors of other drivers are the most likely to notice upcoming intersections, changing road conditions, and driver errors. These are defensive drivers who have fewer crashes-let’s have more of these in 2020. 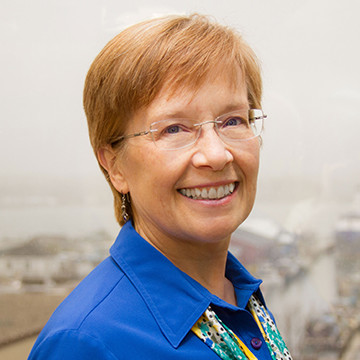